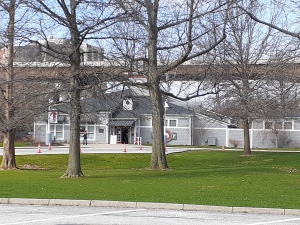 One of my dining out group members recommended the Big Met Fish Fry, and we had every intention of trying it – until the Corona virus happened. Instead, Big Met Fish Fry switched to call ahead and curbside pick-up in two locations. On the last official fish fry day (Good Friday) I called Big Met to order my fish fry (it took numerous tries to get through) and was told to go to the 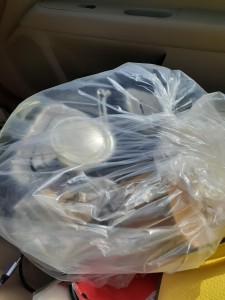 Emerald Necklace Marina to pick my meal up at my allotted time.

I drove to the west side to pick it up earlier in the day to avoid the rush hour traffic. There was only one other car ahead of me, and one pulled up as I left. There were a lot of people walking in the Metroparks and enjoying the nice weather. 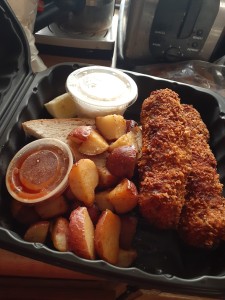 roasted redskin potatoes), coleslaw, and rye bread for $13.00. The fish pieces were pretty small and pretty uniform in size. When I get fried fish I prefer a battered fish as opposed to a panko-crusted one (or whatever this was). I chose the roasted redskin potatoes, because I felt they would travel and reheat the easiest. I wasn’t wrong. The potatoes were a really nice change and were nicely seasoned. I also added an order of hush puppies with honey butter ($6.50) and a clam chowder ($4). The clam chowder was okay, but had a smoky flavor that I just couldn’t get behind. The hush puppies were packaged in the styrofoam straight out of the fryer and melted the styrofoam as well as the plastic honey butter container. They were soaked in melted honey butter, which 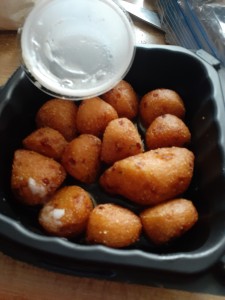 was quite tasty, but I wonder about the melted styrofoam. The hush puppies were definitely the standout here.

In addition to a shrimp dinner and fish sandwich, they have also non-fish options like a grilled cheese, a chicken tender wrap and the Rocky River Burger.

I don’t know if I would go back. It was a good fish fry, but it didn’t wow me. I enjoyed the differences from most fish fries – like rye bread and redskin potatoes, but it isn’t enough to make me clamor to go back. If you are on the west side definitely check it out. 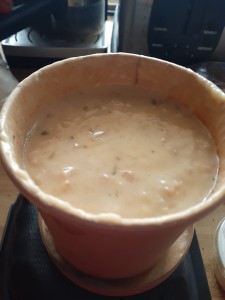